When born, my birth certificate identified me as “Egyptian” and “Moslem”. Yet while growing up, I acquired an identity which was more telling of who I am.

Being a feminist pinpoints my objective, the issue which preoccupies me and the work to which I am dedicated. Being a feminist gives me meaning. Now, when I come to look closely at this identity which has been in the making in the last twenty years, I recall the earliest glimpse; the moment it dawned upon me that I was like Nora in A Doll’s House. And though he never read Ibsen and knows nothing of the story, my husband was using Helmer’s exact words. He was saying them in a similar tone of shock, amazement  and abomination:

“HELMER: To forsake your home, your husband, and your children! You don’t consider what the world will say.
NORA: I can pay no heed to that. I only know what I must do.
HELMER: It is exasperating! Can you forsake your holiest duties in this world?
NORA: What do you call my holiest duties?
HELMER: Do you ask me that? Your duties to your husband and your children.
NORA: I have other duties equally sacred.
HELMER: Impossible! What duties do you mean?
NORA: My duties towards myself.
HELMER: Before all else you are a wife and a mother.
NORA: That I no longer believe. I think that before all else I am a human being, just as much as you are—or at least I will try to become one.”

Belonging to a middle class liberal and gender-sensitive family was no shield against oppression.  I grew up to realize that this early environment, where justice and freedom were present, was no more than a fragile cocoon, soon to be torn to shreds once in contact with the real world out there. After spending more than ten years in the doll’s house, I changed. I was no longer his “frightened little singing-bird”, or the sweet, decent and quiet child eager to please others. I became a woman who gets into arguments, questions everything and writes. It was quite expected that that crescendo of the fierce battles would escalate. At such times, I knew we were not two persons in disagreement. I was one person while he was leaning comfortably on society itself. I was one individual who decided to stray from the herd while he was the spokesman of the mainstream announcing its shock at my ideas and my needs. He was the voice which believed I was not a “normal’ woman because I strayed too far and in doing that I did not carry out my “sacred duties”.

I slammed the door. I was out there. I was about to find out what happened to Nora after she left the house behind her and went looking for answers. On that journey, writing was what I leaned on. I wrote to understand the world around me, to explore the dark corners of my inner world, to look for the gold of meaning amidst the rubble of the mainstream which did not differ much from how it was at the end of the nineteenth century. Looking back at the books I have written so far, I realize now that I have been writing about moments of transformation in women’s lives, the early glimpses of awareness after which the world changes irrevocably.

Exploring my inner strength, I was also rediscovering my literary grandmothers, from Virginia Woolf to Latifa Alzayat. I was simultaneously digging out the Ancient Egyptian Goddesses, I was re-visioning them. While Isis is represented in the modern Egyptian culture as a symbol of love and fidelity, I saw her as a strong woman, a decision maker adamant on achieving justice. And what about Hathur, the Goddess of sex, music and dance? Oh this one was totally ignored as if she never existed. I guess she was too difficult to wrap up in a nice, neat symbol which is unsettling to the cherished social stability. In my writings, I dealt with Isis, Hathur and Sekhmet not as mere images/symbols, but as archetypes deeply ingrained in the psyche. Writing would shake the archetypes out of their dormancy, or at least this was what happened in my case. The moment one contemplates the archetype, the inner power of its presence begins to move, and eventually it turns into a motivating force and a lens through which one sees the world differently.

During the early phase of the journey out, I met with other feminists in the Women and Memory Forum in 1998. We worked together in “The female storyteller said”, a project of re-reading and re-writing Egyptian folk tales and The Arabian Nights from a gender-sensitive perspective. We were all upset at the way women were stereotyped in the stories. They are ogresses, seductresses, weak submissive mothers or beautiful princesses waiting for the hero/saviour. In most cases, the figure of the female doer simply does not exist. We subverted the stories. We deconstructed the stereotypes replacing them with more complex images. We gave women a voice of their own, resistant voices which carry the imprint of our own experiences and our own time. Our objective soon changed from publication to storytelling. Orality was a more effective tool of dissemination.

In 2009, I quit the project with other colleagues and together we founded “I am the Story”, another feminist writing and storytelling group. We walked a few miles away from the folk stories towards creative stories. In 2013, I quit this project and together with twenty other writers, we founded “The Odd Ducks”. In confidence and pride, we announced we are the ducks of Hans Christian Anderson who have willingly walked away from the herd. In February 2014, we performed “Rainbow”, the stories of our bodies.

From “The Female Storyteller Said” to “The Odd Ducks”, my feminist identity has changed and acquired new shades of colour. I am no longer one Nora facing the big society, so very confident of itself, so clinging to the values which guarantee the statuesque. We have become a tribe of ducks, male and female feminist writers from different generations working together to subvert the stereotypes crippling all of us, replacing them with images more complex and more human than the popularized images so much loved by the mainstream: the wife, mother, whore, the man, the hero… etc. Our presence in an ongoing workshop is of great support to all.

On 25th January 2011, my feminist identity underwent a big dramatic moment. Egyptian women slammed doors behind them and were on the streets voicing out their anger against injustice. They were of all ages, social classes and ideological backgrounds. With open breasts, they braved the oppressive state security system. Some of them were shot dead, others suffered state organized harassment, but they refused to go back. In the squares of the revolution, men were human beings rather than potential harassers.

Being there, just a drop of water in an angry sea, I was still amazed at what was going on. What was happening was much bigger than the presence of women on the streets. It was a grand dramatic transformation in the collective psyche. The feminine side of the psyche, the anima, was activated and was asserting herself against the dominant patriarchal values. The feminine values were apparent in the squares of the revolution: the ability for love, the tenderness and warmth which prevailed, people’s acceptance of and respect for their differences and in the creative and artistic surge (poetry, singing, dancing and theatrical improvisations coming from the people). The revolution is definitely political. Yet, on the level of the collective psyche, it is a revolution against Patriarchy represented in the dictator as well as in all the values which push women away from the public sphere back to the house and their “sacred duties”. I underwent a moment of illumination as I rethought my role as a feminist. What was happening around me tells me I should no longer see myself as a coach to others. I should step back to the spot of the disciple who knows the road is still long ahead of her, for she has loads to learn from this amazing collective psyche.  I was thrilled by the change of roles. What a brilliant and unexpected surprise!

Was Helmer frightened because he knew Nora would meet other people who carry similar questions of justice and freedom? Or was he simply trapped in the social moulds which taught him how women should be?

Now I am asking myself about the transformation of my feminist identity over the past twenty years. I am no longer one Nora in conflict with the spokesman for the mainstream. I am an individual who belongs to a big tribe of proud ducks. I am a drop of water in a big wave of people through which the long suppressed anima manifests herself.  Have I lost my individuality then? Or has my individual presence acquired something new? What is my relationship to the tide of the revolutionaries?

I believe that all the inputs I have had, the experiences, the questions, the writing and the journey towards the answers have made me who I am today: an individual feminist self meeting others who carry the same concern, each of us has unique imprints, and together we create a large mosaic of resistance against a patriarchal society still clinging to the values of the 19th Century.

After Nora slammed the door, she walked a long journey in the big world abundant with Helmers. Yet she also met with other people looking, like her, for their humanity, and working towards justice and freedom for both men and women. And she never regretted anything. 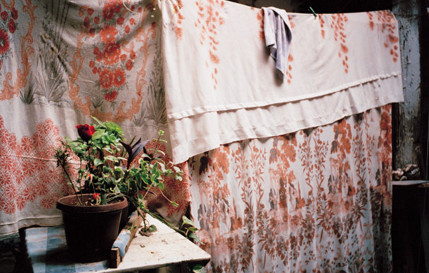