I saw her, that night, as if she was alive. She was coming down the aisle in the middle of the barracks, between the bunk beds, where my comrades breathed peacefully in their sleep. She stopped next to my bed, stared thoughtfully at me for a while, rather blankly, as always when she was unable to sleep and wandered around our apartment in Maribor, stood by the window, sat on the bed and went back to the window again. What’s wrong, Stevo? she said, you can’t sleep either?

Her voice was low, deep, almost manly, but muffled somehow, distant like her stare. I was surprised I even recognized it; it was so distinctly hers, this voice which, with the years, got lost somewhere in the distance. I could call her before my inner eyes anytime, her eyes, her hair, her lips, yes, even her body that, so many times before, had lain panting beside me, but I was unable to hear her voice; when you do not see someone for a long time, the voice is the first thing to go, its sound, its colour and power. I had not seen her for a long time, how long? I thought, at least seven years. A chill ran down my spine. It was the last night of May, late spring, the terrible spring of ’45, summer was beginning to make itself felt and it was warm outside, the barracks almost stuffy from the heat of the breathing and sweating men’s bodies, but the thought of it made me shiver. Seven years. When seven long years will pass, she used to sing, my Veronika, when seven long years will pass, I’ll see your face at last, she sang some Slovenian folk song she was particularly fond of in her gloomy moods, staring at me with that vacant look of hers, the same look she was giving me even now, God only knows when seven years will pass. I wanted to say, nice of you to come, though it’s already been seven years, Vranac is still with me, if you want to see him, I wanted to say, he’s there behind the fence with the other officers’ horses, he’s enjoying himself, he can run around the meadow, he doesn’t have to be in the stable, he’s in good company, though he too misses the touch of your hand … like I miss it myself, I wanted to say, but my voice froze in my throat, something gargling and hollow was coming out of my mouth, instead of the words I wished to pronounce. I thought you lived at the Castle, I wanted to say, do you do any riding out there? I reached out my hand to touch her hair but she moved away, I’ll go now, she said, you know I can’t stay, Stevo.

I knew she could not stay, just like she could not stay seven years ago, when she left our apartment in Maribor for good; if she could not stay there, how could she stay here, in the barracks of a prison camp, among the Royal Army officers, the photograph of the young king watching over them while they sleep, hung on the barracks wall, over there by the door, in a lieutenant’s uniform, with his hand on the sabre, the king who had lost his kingdom, among his loyal subjects, who had lost their homeland. Suddenly, I heard the loud neighing of a horse, I could have sworn it was Vranac, she might also have gone to see him, before she was gone for good, he might have neighed for joy when he felt her near, when she, perhaps, like she always used to, put her hand on his nostrils and said, Vranac, we’re saddling up now. That was last night; it is morning now and soldiers from all over the camp are gathering for the morning salute to the flag; we still put up the flag every morning, the army without arms, English soldiers loiter at the entrance, wearily watching the morning bustle, the disarmed soldiers of the Royal Army coming from their tents, the officers, quartered in barracks, still ready to charge back over Slovenian mountains, inland, to Bosnian woods, where, according to reports we have been receiving, guerrilla fighting against the Communist authorities is growing stronger. And I am looking at my face in the mirror, knowing there is nothing there anymore, no Veronika, no king, no Yugoslavia, the world has fallen to pieces, just like this broken mirror, from which pieces of my unshaven face are staring back at me. I have no will to lather up and shave and tighten my belt and put myself in order and go to the assembly point, I am looking at this face, over which Veronika leaned last night, and wonder if she could even recognize me? Is this still me, Stevan Radovanović, major, commander of the cavalry squadron of the 1st brigade, that former captain of the Drava division, left by his wife back in Maribor, the laughing stock of his soldiers. No one is laughing at him now, no one is laughing at anybody, because nobody feels like laughing, everyone is rather pitiful, the defeated army, driven away from their homeland by Communist savages with no skills in weapons and tactics, is this still my face, these eyes, this nose, these cheeks, sliced up by the lines of the broken mirror hanging on the wall of the barracks washroom. These dark circles under my eyes from all the sleepless nights, which look like bruises, strands of grey hair on my temples, chapped lips and a black hole in the line of yellow teeth. That hole, there used to be a tooth here only a month ago, when a mortar shell exploded next to the wall of a farm house in the hills somewhere over Idrija and a piece of stone or metal flew straight into my mouth, instantly covering me in blood, but it turned out, when I came to and washed away the blood, thanks be to God, that I was only missing a front tooth and my lips were tore up rather badly, they are only chapped now, I only lost a tooth, somewhere near the Italian border, towards which we were retreating to reorganize, as we were told, strike back, as we were told, and then, near Palmanova, we simply surrendered. Surrendered, what else, even though we were told that the English were our allies, that we would join forces and strike back against the Communists. We continued to carry our weapons for a couple of days, then the order came we were to surrender them, that is, we let the English soldiers shamefully disarm us, the officers were given the honour of keeping their unloaded revolvers, some days ago they took those as well, the last sign of dignity, we are no longer an army, this is the end, the Kingdom of Yugoslavia finis, the end of the world. 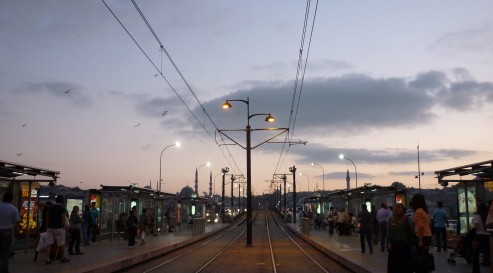