Preface from ‘Pigs Never See the Stars: Proverbs from the Armenian’ (Two Rivers Press, 1982)
by David Kherdian and Nonny Hogrogian


Every nation has fashioned from its common tongue its own proverbs and sayings. They represent the distillation of a people’s experience, as well as the wisdom they have been able to extract from these experiences. When they are good, and only the best sayings have survived, they are a kind of shorthand in which the thing said is at once clear, uncompromising and humorous. Perhaps the proverbs’s ability to evoke laughter is its common denominator—for humor is an outlet for stored tensions, and in this laughter is a people’s acknowledgment of the truth of their proverb.
Our proverbs also comfort us, because we can see in them the fact of our experience, as well as the demonstration that this experience has not been wasted—at least not in its entirety. For it is out of wastage, and the fear of further wastage that the proverb comes to life. The proverb both teaches and collects. It is a storehouse of our mistakes, and its acknowledgment of these mistakes is a safeguard against the future. From the photo story “Presidential Elections in Nagorno Karabakh” by A. Hayrapetyan

A proverb cannot be a proverb unless it can address the entire people of which it is a part and from which it emerges, for it does not belong to the world of philosophy, art, science, or religion, although it incorporates and helps to extend each of these disciplines; bur rather, it belongs to the common experience of the tribe. We relate to a proverb from our experience, not from our ideas. It tells us what has actually happened, not what might be, and for this very reason it does not and cannot lie. This is its greatest comfort, as well as the cause of its anonymity. From the photo story “Khtsaberd” by Anahit Hayrapetyan

The older the people the deeper the well of experience—and hence wisdom—from which it draws its proverbs. The Armenians, being one of the oldest surviving people, as well as the first Christian nation, speak from a tradition that is accessible to both the East and the West, because for centuries they were the crossroad between these two worlds. There is a robustness here that will not be lost on the Westerner, and yet they bespeak of the sly and practical wisdom that is the hallmark of the Oriental mind. Poised as they are in this way between two worlds, perhaps the proverb’s ultimate purpose is served, for in acknowledging that our lives are a pull between the impossible reach of heavenly bliss and the hell of earthly existence they remind us at the same time of what life could be like if we were able to live practically and consciously somewhere in between.

Be fearful of the stream that neither chirps nor warbles.
If a mother-in-law had been a good thing, then God would have had one.
He who has fallen into the water is not afraid of the rain.
Fortune and misfortune are brothers.
Pull a thread and a thousand patches will fall off.
Words, like arrows, cannot be retrieved.
When they want to kill a dog, they say he has gone mad.
To be a king for one day is to be a king.
Believe a woman when she tells you good news.
When bread is dear, death is cheap.
One hand washes another and both become clean. 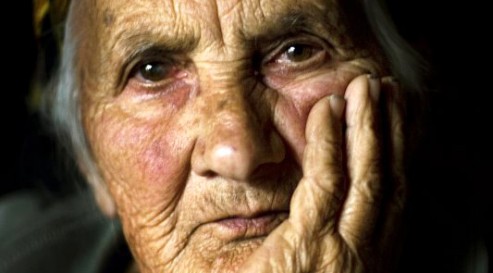 From the photo story "Khtsaberd" by A. Hayrapetyan