“Not that the story need to be long, but it will take a long while to make it short.”, noted Henry David Thoreau with regard to the special character of this unique literary genre.

Short fiction explores storytelling in a direct way, revealing the complex nature of human relationships in a dense, compressed prose in which every word matters.

Writers have always been interested in short stories, one of the great forms of modern literature  – world classics such as Edgar Allan Poe, Anton Chekhov, Franz Kafka and Guy de Maupassant were masters of the form. Yet, short prose is not popular today – with publishers, if not with readers. One of the main difficulties in getting short prose published today, especially in translation, is the neglect of this literary form by much of the publishing and literary industry. But short stories do have their steadfast fans and outlets, witness the Festival of the European Short Story in Croatia, the European Short Story Network as well as the UK publisher Comma Press, which together with Literature Across Frontiers and other partners are currently exploring the possibilities that digital media and mobile devices hold for the European short story form in a new project Tramlines, which connects European cities with a tram system. As part of a short-term exchange residency, writers create short stories in response to the urban landscape along the tramlines crisscrossing each city. These stories will become alternative multimedia guides to the city in the form of an iphone application.

The stories in our new issue of Transcript come from various cultural backgrounds and literary scenes – Bulgaria, Great Britain, Greece, Hungary, Croatia, Italy, Montenegro and Turkey – but their protagonists are universal, their characters transcend geographical and linguistic frontiers.

Discover for instance “A Day in the Dark Season” by James Hopkin (you can also read the author’s blog on the LAF website), the narrator’s solitude of “So Much Time for So Few Things” (Andrej Nikolaidis) or visit the fascinating city of Istanbul with Greek author Christos Chrissopoulos. Mima Simić tells us all about her girlfriend and the protagonist of the story by Scottish-Syrian writer Robin Yassin Kassab leads us through the tumults of an organized demonstration. More stories are waiting for their readers on Transcript as well as reports from diverse literary festivals throughout Europe.

“The real voyage of discovery consists not in seeking new landscapes but in having new eyes.” With this maxim by Marcel Proust we invite you to explore the captivating stories of this issue. 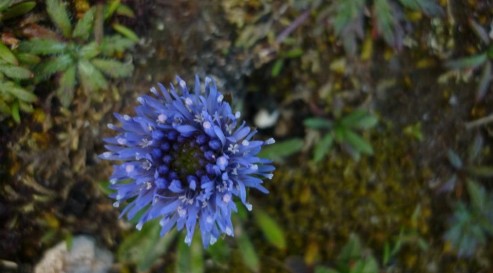