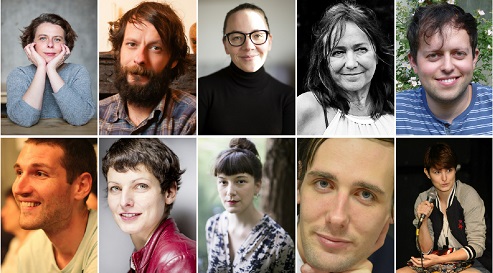 Ten emerging writers from Europe have been selected for special promotion during 2017-18. The New Voices from Europe 2017 include novelists, poets, playwrights and translators from Belgium, Bosnia & Herzegovina, France, Iceland, Latvia, Luxembourg, Poland, Romania, Spain and Wales. Now in its second year, the New Voices project has given a global platform to interesting writers who were little known outside their own countries.

During 2017 we produced and published the video trailer about New Voices and short films introducing each of them. You can watch them below: