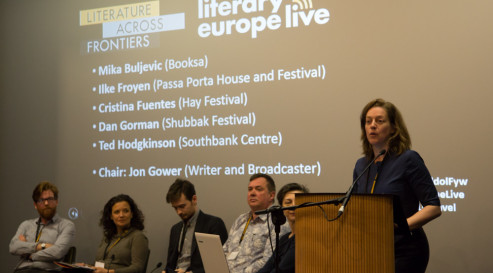 We were live streaming all the plenaries from our International Literature Forum held in Aberystwyth in April 2016 and we’ve uploaded the video to our website so that you can catch up – or watch again – some of the keynote speeches and panel discussions on audience development, including:


Lecture by Patrick McGuinness ‘Other People’s Countries: Tales of Literary & Cultural Belonging’, presented by Prof. M. Wynn Thomas and sponsored by the Learned Society of Wales.


Keynote speech by Jo Glanville (English PEN) ‘The Price of Freedom of Speech English’ addressing the ever more pressing issue of freedom of speech in 2016.

The International Literature Forum was organised by Literature Across Frontiers as part of the Literary Europe Live project co-funded by the Creative Europe Programme of the European Union, with support from Arts Council Wales and the Welsh Government through Creative Europe Desk UK – Wales.