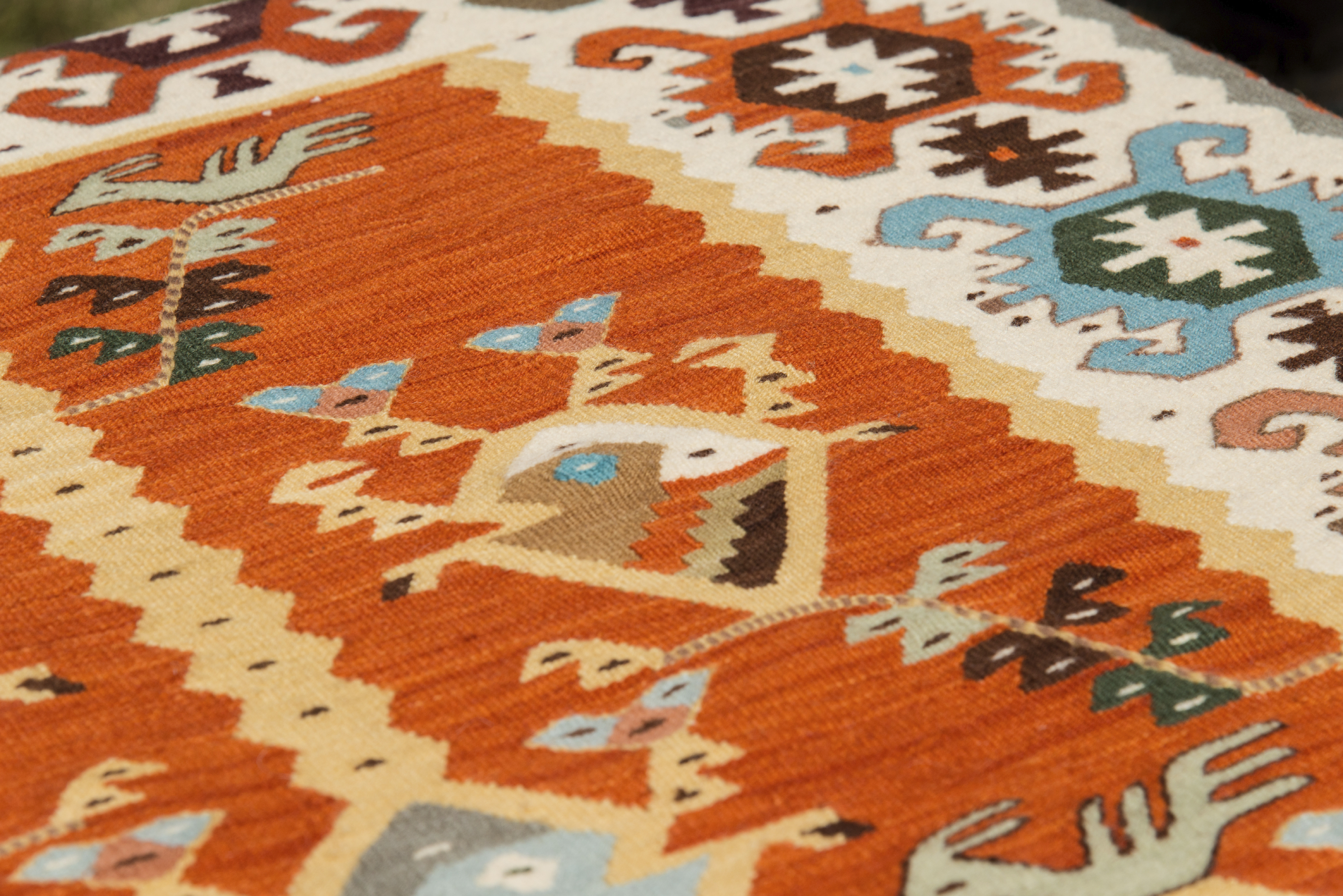 Aleksandar Hut Kono reports on the second Balkan Day at the British Library in partnership with Istros Books, the most productive publisher of Balkan literature in English. Istros Books has brought a change to the publishing scene by highlighting a region that had until recently been terra incognita.

What is the Balkan Spirit?

In an attempt to answer the above question, the German filmmaker Hermann Vaske travels to the region and shoots two hours of peoples’ answers to this question. Ranging from ordinary denizens of the Balkans to international celebrities such as Slavoj Žižek and Angelina Jolie, Vaske’s interviewees uniformly struggle to tackle the question, inventing the Balkan spirit on spot rather than describing it. In the end, one is lead to the conclusion there is no such thing as the Balkan spirit unless you formulate it for the purposes of the Western audience whose dreamy fabrication Balkan is in the first place.

Vaske’s film thus resembles one of those books with “Africa” in the title (along with the author’s impression of that wild and mysterious continent in the subtitle), usually written by eager and adventurous European males. In such books, the Earth’s second largest continent, and, as such, hardly a coherent whole, is ascribed uniform characteristics which tell you more about the author’s subconscious mind than the one billion humans living in the 54 African states.

Hermann Vaske takes the process of reinforcing an invented identity for a heterogeneous whole to another level as, in his documentary, the people of the Balkans are invited to describe themselves in ways expected by the Western audience. All this is triggered by a seemingly meaningful question – What is the Balkan spirit? The answer to which, by default, leads into a tautological cul-de-sac.

The screening of Herman Vaske’s documentary film Balkan Spirit at the British Library was the finale event scheduled by Istros Books, the organizer of the Balkan Day II 2016 at the British Library this June. Running from 10 am to 6 pm, the program brought the Balkans to London on a very significant day – on June 24th June, when Great Britain itself woke up to its uncertain balkanized future – courtesy of the Brexit referendum results which shook the island that morning.

Unlike the first Balkan Day event in June 2014, when the focus was on Yugoslavia’s successors, this year’s event tackled the south east of the Balkan Peninsula. Hence the day was inaugurated with what was possibly the most intriguing speech of the day: Robert Elsie, one of only two translators from the Albanian in Britain, deftly summarized the history of Albanian literature in his key note speech – The Chaotic Course of Albanian Literature. Among the facts that the audience found out, writing postcards in Albanian in the early 20th century could land you in jail, since the Ottoman authorities vigorously suppressed the language at the time. The High Port in Constantinople considered the Muslim Albanians Turks who should, like all Turks, use Turkish. Due to this quirk, as well as the autarchy of Enver Hoxa’s regime after the WWII, Albania’s literature has remained one of the shiest in the Balkans. Nevertheless, it has birthed literary greats such as Ismail Kadare and Fatos Lubonja, as if reinforcing the fact that humans are a deeply literary species and, no matter what, the story will come out.

This fascinating talk was then followed by the British/Bulgarian author Kapka Kassabova, whose keynote speech focused on a very special corner of Thrace, a region shared by Greece, Bulgaria and Turkey, which has been a conduit for refugees fleeing persecution by either going East or West, depending on the century. Borderland: Notes from a Journey to Europe’s Last Frontier, where Bulgaria and Turkey Meet opened up a mysterious landscape full of history for our audience, to a place where fire dancing is still practiced, and where waves of immigrants are regularly washed up on the shores of an often indifference and hostile Europe. Kassabova, whose new book, Border: a journey to the edge of Europe, is out with Granta in 2017, gave us a wonderful peak into the poetics of a landscape which she herself passed through, as the daughter of émigrés fleeing from communist Bulgaria. After a short coffee break, the audience was back for the first panel discussion, which featured authors Ioana Parvulescu (Romania) and Alek Popov (Bulgaria). While Parvulescu focused on her playful and freshly translated novel Life Begins on Friday (in which a time-travelling journalist ventures into the innocent, fin de siècle Bucharest – i.e. the pre-Ceausescu Bucharest when the city was an ordinary European capital, full of hope for a modern, better future), Popov lamented the baffling lack of genre literature in small East European literatures pledging to do his best to fix this.

Having lived through months of Brexit propaganda focusing particularly on reviling the Romanians and Bulgarians who come to this country in order to, if statistics are consulted, make it even wealthier, it was a relief to witness two writers from the region beguiling the British audience with their wit and talent. At the end of the day, Parvulescu and Popov were the bestselling authors at the event. Unlike some European peninsulas, the Balkans have no natural borders that would unambiguously separate the region from the rest of the continent. There are no Pyrenees or Alps to tell you where continental Europe (itself a semi-borderless Asian peninsula) stops and the peripheral / peninsular Europe begins. Due to its open geography, the Balkans resembles Scandinavia – a cultural, rather than a clearly geographic entity. Finland, Scandinavia’s bridge to Europe, is thus a Nordic, but not a Scandinavian country, whereas the Balkan equivalent of Finland might include Hungary, Slovenia and even Austria in the Northwest, and Turkey in the South East.

In Herman Vaske’s documentary, Slavoj Žižek jokingly comments on the fluidity of the Balkans by purporting that the border moves relative to where you’re looking from: the Slovenes thus say it begins in Croatia, the Croats – in Serbia, the Serbs – south of Belgrade. However, once you reach the south of the peninsula, the Balkans suddenly shift north, since from the Greek perspective, the Balkans begin in the zone inhabited by the Slavs and Albanians.

Regardless of the geographic near-indefinability of the Balkans, one might argue that the so-called Balkan countries do share a certain “peripherality” as, over the past five centuries, none of them were the seats of the imperial governments shaping their destiny. Therefore, if we start with the idea of “power-peripherality” as a common denominator by which to define this elusive region, it is possible to argue that the inclusion of Turkey into the Balkan Day II was not necessary. As the seat of the tri-continental Ottoman Empire, Turkey has rarely belonged to the Eurasian power-periphery. Also, with 80 million native speakers, Turkish is a misfit among the smaller Balkan languages. Undoubtedly, Turkey has influenced the Balkans, but so has Austria and one wouldn’t expect translators from German to join a round table discussion focusing on translating from the Balkan languages.

Perhaps luckily for us, the organizer of the event ignored the fastidious classifications entirely and the audience profited from Turkey’s presence, with the Yunus Emre Cultural Centre sponsoring Murat Ferhat Yegul’s music performance at the reception, and Celylan Mevlut’s participation in the translation discussions.

The latter participant shed additional light on the difficulty of translating from non-Indo-European languages into English at the afternoon translation round table discussion, which also included three more writers and translators: Christopher Buxton, John Hodgson and Stephen Watts. Masterfully chaired by Christina Pribicevic Zoric, a veteran literary translator from Serbo-Croatian, this event was the central piece of Balkan Day II. The translators discussed questions as ethereal as – can knowing the source language too well actually have a negative effect on the quality of translation? Or should literary translators deliberately under-translate (i.e. not play too strictly by the rules of the English language) in order to provide a fresher literary experience and enrich the target language too?

While the British literary market remains annoyingly parochial and predictably Americanized (only 5% of its share is held by literature in translation), the efforts of independent publishers such as Istros Books do assuage the cultural smugness of this so-called “nation of shop keepers”. One can only hope these literature enthusiasts survive in a climate of culturocide purging London on all levels, since without such committed publishers, some of the world’s most intriguing stories would remain untold in English.