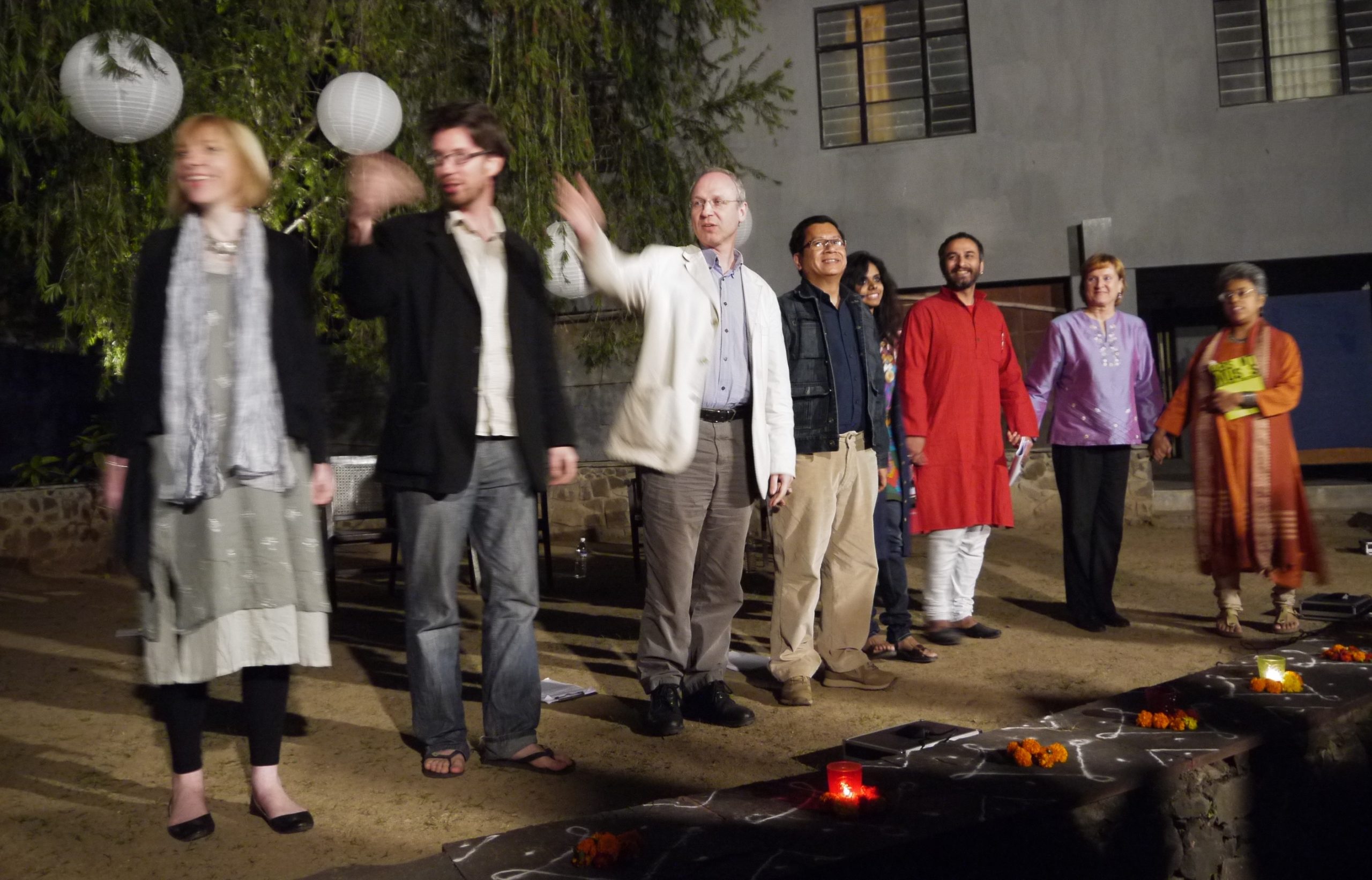 Poetry Connections is a series of translation workshops run by Literature Across Frontiers in collaboration with our partners bringing together poets from Europe and other regions to translate each other’s work. So far, the  workshops have taken place in Algeria, Egypt, Iraq, India, Malaysia/Singapore, Morocco and Turkey – in addition to a number of other locations in Europe – and have brought together poets from those countries with European poets writing in a variety of different languages.

Working through a ‘bridge’ language – mostly English – the poets learn about the literary traditions and contemporary contexts in which they write and gain a unique insight into a culture through its poetry. At the same time, they explore the microcosm of each literary text, as well as wider issues of translation practice.

A video by D W Gibson of Sangham House and Art Omi Writers’ Residencies, made at the 2010 workshop in Adishakti and at the Poetry With Prakriti Festival in Chennai, captures the spirit of the workshops. The photo above is from a performance after the same workshop in Pune.