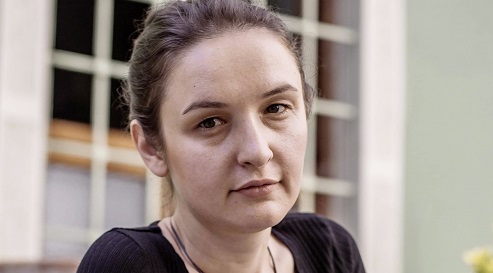 UK journalist and broadcaster Bidisha spoke to Sine Ergün, the Turkish winner of the European Union Prize for Literature 2017. Ergün (1982) is based in Istanbul, Turkey. She has published three books and has been working as a translator, essayist, journalist, editor and curator. She received the European Union Prize for Literature for her 80-page long collection of 23 short stories, Baştankara (Chickadee).

What does being selected for the EUPL mean for you in terms of the exposure of your work and the expansion of your readership?

Literature, by its nature, comes with the boundary of language in terms of reaching a new audience. EUPL brings the opportunity to be recognized in other cultures by being translated into different languages.

Do you feel like literature is itself a ‘migratory’ form, enabling cultural understanding and cultural identities to flow across borders?

Literature is one of the most important forms which enables one to have a deep perspective towards different cultures and cultural identities. In that sense, translation plays a very important role for literature to be able to flow across borders. It should have the quality not only of transmitting the words but also the style and cultural background of the writing.

Life-death dilemma, frustration, urban life issues, isolation from the rest of the society, alienation, confrontation with the past.

At a time when much of the political discourse is unsettled, divisive and anxious, what can literature do to comment upon, rebut or ameliorate such feelings? Or is literature somehow ‘outside’ of current events?

I don’t think that literature can be outside of the current events even if the writer aims to do so. Literature is very connected with life itself which makes it a transparent structure that leads the reader to reach for the current discourse which the writer lives in. We may not be into the real politics, but we are political beings though. Literature doesn’t have to comment directly and cover political issues but, I believe, by its nature, writing itself is a political statement.