The candidates have been selected by a jury consisting of Sally Baker, ex-director of Tŷ Newydd, the National Writing Centre of Wales and of Wales PEN Cymru, Alexandra Büchler, director of Literature Across Frontiers, and Sioned Puw Rowlands, editor of the Welsh-language cultural magazine O’r Pedwar Gwynt. 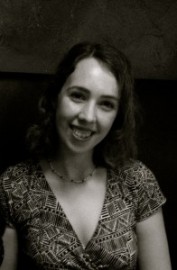 Eluned Gramich (1989) is a German-Welsh writer and translator. She lived in Japan and Germany for several years before returning to Wales to pursue her Creative Writing PhD at Aberystwyth University. Her memoir about Hokkaido, Woman Who Brings the Rain (2015), won the New Welsh Writing Awards, was shortlisted for a Wales Book of the Year Award and selected for international promotion by Wales Literature Exchange in 2016. Her stories have appeared in various magazines and anthologies, including Rarebit: New Welsh Fiction (Parthian, 2014), New Welsh Short Stories (Seren, 2015), and anthology of young Welsh and European authors Zero Hours on the Boulevard: Tales of Independence and Belonging (Parthian, 2019). Her non-fiction writing in English has been published in Wales Arts Review, New Welsh Review, and World Literature Online, and her writing in Welsh in O’r Pedwar Gwynt. Her translation of a short story collection by the Swiss author Monique Schwitter was published as Goldfish Memory (Parthian, 2015). The project will allow her to explore the complexities of European cultural and linguistic identities in Slovenia where her first residency will be in Ljubljana in May 2020. 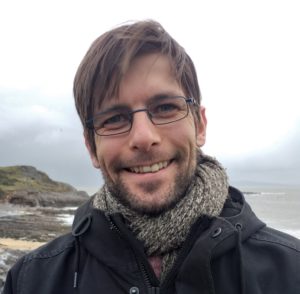 Steven Hitchins is a poet, hailing from Rhondda Cynon Taf in South Wales, who graduated with a BA, MA and PhD in English and Creative Writing from Aberystwyth University. His experience as a further education English Language and Literature teacher have formed a basis for the collaborative aspects of his poetry. A localised poet in the sense of being site-specific, he observes and imaginatively works with and through historical, geological and linguistic processes of his surrounding areas. His poetry has been published extensively in publications such as The Literary Pocket Books, Poetry Wales, Fire, Chimera; and he has collaborated with other Welsh poets and artists on a number of projects. During his residential stay, he will be working on a poetry project based on his location and the sensory experiences of walking and observing his surroundings to create a textual space of heightened awareness. The poetry will include multimedia aspects of recordings made of the area, which undergo algorithmic transformations to interrogate ideas of place and rhythms of routine, as well as collage and performance. He intends to also collaborate with other writers and local residents, since much of his inspiration comes from the details and voices of everyday life. His first residency will be in Mljet (Croatia) in April 2020. 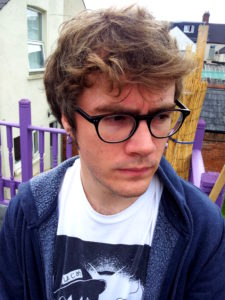 Lloyd Markham (1988) was born in Johannesburg, South Africa, and spent his childhood in Zimbabwe,  moving to and settling in Bridgend, South Wales, where he still lives. He graduated with a BA in  Creative  Writing from Glamorgan University (now University of South Wales), followed by an MPhil. His debut novel Bad  Ideas / Chemicals (Parthian Books, 2017) won a Betty Trask Award, was  short-listed for Wales Book of the Year and selected by Wales Literature Exchange for  international promotion.  ‘Mercy’ was included in the anthology of young Welsh and European authors Zero Hours on the Boulevard:  Tales of Independence and Belonging (Parthian Books, 2019). In 2019, he received a bursary  from Literature Wales to work on his second book, provisionally titled Fox Bites. During his residential stay, he will be working on a collection of science fiction magical realist short stories themed around work, belonging, and environmental change. The first of his two residencies will be in Ljubljana (Slovenia) in March 2020. 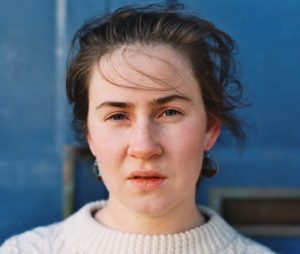 Grug Muse (1993) is a poet, editor, performer and researcher from the Nantlle Valley in North Wales, who studied Politics at the University of Nottingham and in the Czech Republic. She is one of the editors and founders of   Y Stamp  literary magazine, and is the author of Ar Ddisberod, her first volume of poetry published in 2017 and a poetry pamphlet Llanw + Gorwel (2019). Her work is published in both Welsh and English language publications such as O’r Pedwar Gwynt, Poetry Wales, Panorama: the journal of intelligent travel, and in anthologies such as When they start to love you as a machine you should run  (New River Press, 2019),  Cheval 11  (Parthian, 2018) and Cyfrol Gŵyl y Ferch  (Gŵyl y Ferch, 2019), and she works across many art forms – prose, poetry and performance to name a few. She was  a Hay writer at work 2018-19 and is currently working on a PhD on Welsh travel writing written about Latin America, funded by the AHRC Centre for Doctoral Training in Celtic Studies.  During her residential stay, she will be working on a series of literary essays and vignettes meditating on the nature of observing and the observed and photography; this will be a change from the writer’s usual style, which is usually with shorter forms; place is a key aspect of the project, and the residency would develop this content, as well as being an opportunity for her to complete a draft of the work. Her first residency will be on the island of Mljet (Croatia) in March 2020.

The Ulysses’ Shelter project was started in 2017 with the goal objective to build a network of exchange literary residencies aimed at young prose and/or poetry writers and literary translators. The second stage of Ulysses’ Shelter is once again being co-funded by the Creative Europe Programme of the European Union, and as a project run by Croatian publishing house and literary agency Sandorf, alongside four partners – Literature Across Frontiers and Wales Literature Exchange from Wales, Krokodil from Belgrade (Serbia), Thraka from Larissa (Greece), and Slovene Writers’s Association from Ljubljana (Slovenia) – it aims to develop a literary residency network across Europe.

The next open call is planned for Autumn 2020, during which three candidates will once again be selected to participate in the 2021 residency programme.

We invite you to keep following along!