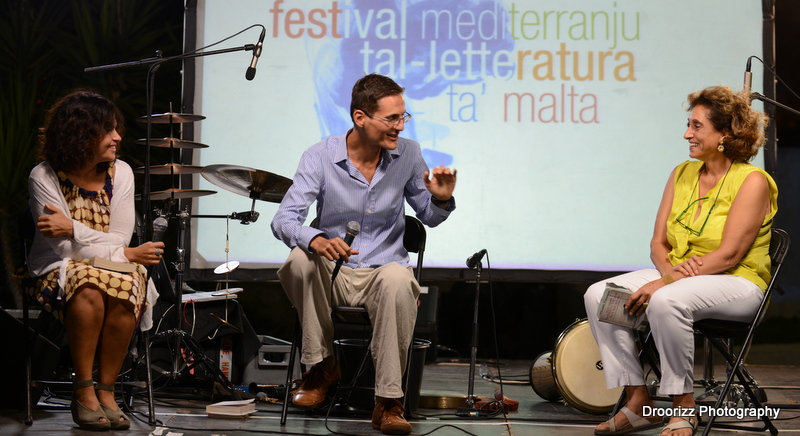 The Malta Mediterranean Literature Festival and translation workshop takes place again this September in Floriana. A co-operation between Literature Across Frontiers and Inizjamed, the eighth edition of the festival promises to be an intensive and exciting week with writers from across the Mediterranean and Europe coming together to translate each other’s work and perform to the public. And this year an International Conference on Cultural Relations in Europe and the Mediterranean is taking place at the same time, organized by Valetta 2018.

There will also be screenings of poetry films from Reel Festivals and music from Maltese bands Plato’s Dream Machine and Kantilena.

The Festival coincides this year with the First Annual Valletta 2018 International Conference on Cultural Relations in Europe and the Mediterranean which aims to address issues in contemporary cultural relations in the Mediterranean in the framework of Valletta as European Capital of Culture (ECoC) 2018. The conference is held in collaboration with the University of Malta and takes place on the 4th to the 5th September at the Valletta Campus of the University.  The keynote speakers will be the celebrated Maltese historian Prof. Henry Frendo and Prof. Mostafa Hassani-Idrissi, who edited the manual on the Mediterranean as part of Marseille 2013 and  the author, singer-songwriter and political activist from Lampedusa, Giacomo Sferlazzo – see the music video from him below.

The festival and literary translation workshop are a Literature Across Frontiers initiative, which has played a crucial role in the setting up and development of the annual workshop and festival.

Detailed information about the festival is available at: http://inizjamedmalta.wordpress.com