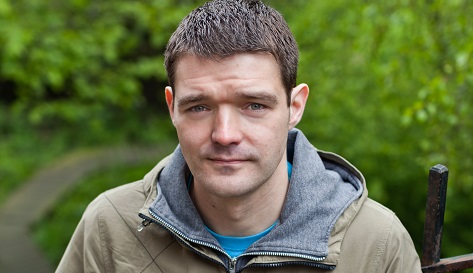 William Letford has received a New Writer’s Award from the Scottish Book Trust, An Edwin Morgan Travel Bursary, and has an MLitt in Creative Writing from the University of Glasgow. His debut poetry collection Bevel was published by Carcanet in 2012 and was named one of the best collections of the year by The Guardian. A chapbook of his poetry Potom Koža Toho Druhého was translated in Slovakian and published by Vertigo in 2014. He has performed in many countries and venues, by invitation, and sometimes just for the hell of it. His work has appeared on radio and television and his second full collection Dirt was published by Carcanet in 2016.