The workshops generate an astonishing number of translations, especially when authors experienced in translation are involved. In a recent workshop held in Lithuania, the nine participants produced 190 translations of individual poems. Equally important are the contacts established in the workshops which often last and lead to further collaboration, invitations to literary events, plans for projects, including proposals for workshops to be held in the participants’ countries.

The resulting translations are published in magazines, on literary pages of newspapers and on websites, sometimes in anthologies.  In some cases, a whole book results from a workshop, either a single poet’s book or an anthology as in the case of the All Points North Shetland workshop held in June 2005. Some participants write an article or essay which they publish in a magazine or newspaper. 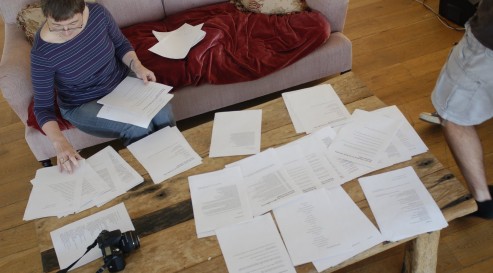