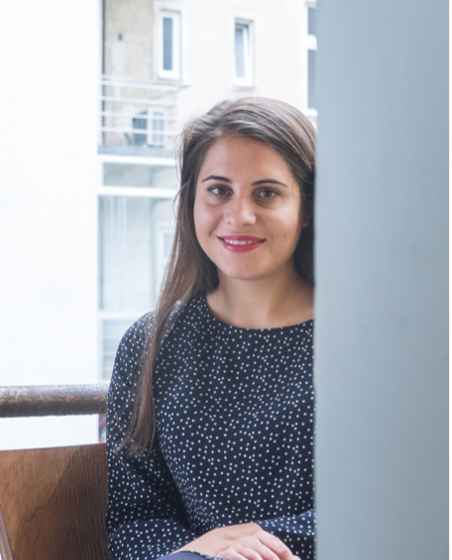 Ana Svetel graduated with a Masters degree from the Department of Ethnology and Cultural Anthropology, where she is currently completing her doctorate and working as a researcher. Her poetry collection Lepo in prav (Fine and Good) was nominated for the best debut of the year, and her book of short fiction Dobra družba (Good Company) was nominated for the Novo Mesto Award. Both works received a second edition. Radiotelevizija Slovenija recorded a selection of stories from Good Company as a series of radio plays. In 2022 her second poetry collection Marmor (Marble) came out. She publishes poems and short stories in the leading Slovenian literary magazines (Literatura, Dialogi, and Sodobnost) and writes monthly columns for the Saturday edition of Večer newspaper. Her works have been translated into numerous languages and have repeatedly appeared in anthologies. She is included in the international poetry platform Versopolis. She is also actively involved in music and storytelling.

During her Ulysses’ Shelter Residency in Caernarfon in May 2022, she performed at a public poetry event and worked with Iestyn Tyne on a translation of her poem.

She reflects on the benefits of residencies in the interview recorded at the beginning of her stay in Caernarfon.