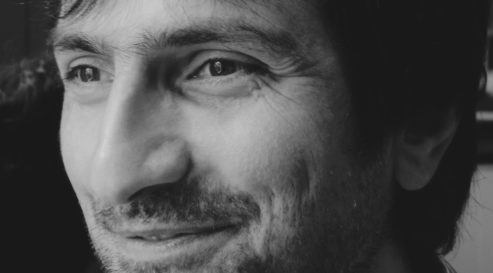 Golan Hajiis a Syrian-Kurdish poet and translator with a postgraduate degree in pathology. He was born in 1977 in Amouda, a Kurdish town in the northeast of Syria. He studied medicine at the University of Damascus. He now lives in Saint-Denis, a suburb of Paris. He has published four books of poems in Arabic: He Called Out Within The Darknesses (2004), Someone Sees You as a Monster (2008), Autumn, Here, is Magical and Vast (2013), Scale of Injury (2016). His collection A Tree Whose Name I Don’t Know was published in English by A Midsummer Night’s Press, NY 2017, translated by Stephen Watts. His poetry appeared in several languages. His translations from English and French include, among others, books by Mark Strand, Robert Louis Stevenson and Alberto Manguel. He also published Until The War, 2016, a book of prose based on interviews with Syrian women.