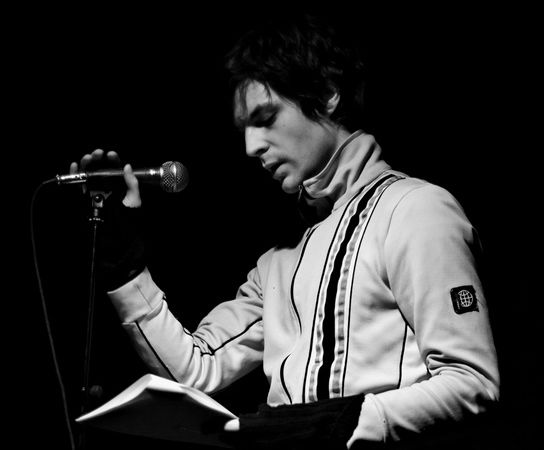 Tibor Hrs Pandur, was born in 1985 in Maribor, Slovenia, and received his Bachelor’s Degree in Comparative Literature at the Faculty of Arts in Ljubljana with his thesis on Ezra Pound: The Song as Vortex and Hyperlink. He is the founder and editor of the literary magazine and paraliterary organisation I.D.I.O.T., where he publishes poetry, drama and theoretical writings, giving spoken word performances all over Europe. In 2008, his first play Dream 59, directed by Jana Pršuh, premiered at the Ljubljana Glej Theatre. In 2010, The Center for Slovenian Literature published his first book of poetry Energymachine, followed by his translations of Jim Morrison’s selected poetry in 2011. His play on Nikola Tesla is currently in production at RTV Slovenija.