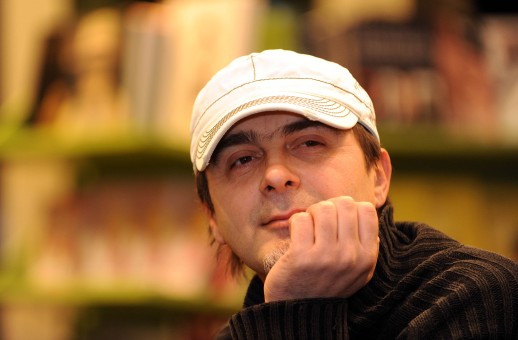 Born in Zagreb in 1966, Zoran Pilić is a novelist and short-story writer. His first collection of short stories Doggiestyle (2007) was turned into a theatre play Sex, laži i jedan anđeo (Sex, Lies and One Angel) which was performed at the Zagreb Academy of Drama Arts in 2009. His debut novel Đavli od papira (Paper Devils) was shortlisted for the prestigious Croatian literary award ‘Jutarnji list’ and listed as one of the best novels in 2012 by the Croatian Ministry of Culture. The Ministry listed Pilic’s collection of short stories Nema slonova u Meksiku (There Are No Elephants in Mexico) as one of the country’s best books again in 2014. His short story Kad su Divovi hodali zemljom (When Giants Walked the Earth) won the European Short Story Festival prize in 2015. He also writes book reviews and publishes fictional editorial on Booksa.hr.

Zoran Pilić is one of 10 New Voices from Europe 2016, selected by Literary Europe Live.