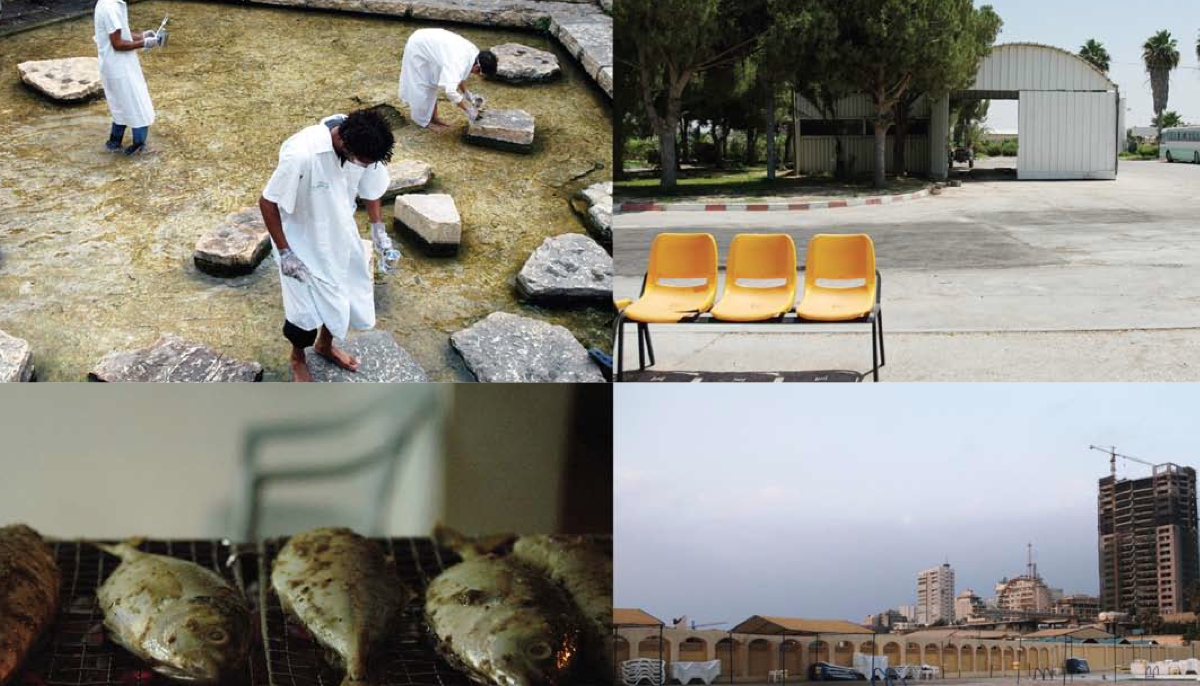 The Cross Border Arts Project was developed as part of the Build a Bridge Campaign launched by the Anna Lindh Euro-Mediterranean Foundation for the Dialogue between Cultures in the aftermath of the Israel-Lebanon war of summer 2006. The Cross Border Arts Project aims to use artistic expression to reflect the situation of a society coming out of a major conflict, and to encourage social engagement and dialogue through participation in cultural activities. The first stage of the project took five artists from the Euro-Mediterranean region on a month-long tour of Lebanon, Israel and Palestine where they worked with local artists, writers and community groups.
In the second stage, the Art & Conflict Workshop and round table debate focused on the role of art and culture in conflict situations. LAF is cooperating on the Cross Border Arts Project with the Anna Lindh Foundation for the Dialogue Among Cultures, Fondazione Pistoletto / Cittadellarte, Solidarité Laïque and Goethe Institut in Beirut.
In July 2007, four Euro-Mediterranean artists – Florence Aigner, photographer, Belgium; Said Ait El Moumen, dancer, Morocco; Isabel Andreu Roglà, video artist, Spain; Secil Yaylali, visual artist, Turkey – and their coach, Marianne Cosserat, Belgium/France, began a month-long journey to one of the most difficult conflict areas in the world.

While humanitarian aid to war-stricken areas generally attempts to meet material needs, our campaign focuses on a different kind of re-construction, using artistic expression to reflect in a subjective way the situation of a society coming out of a major conflict, but as well to encourage social engagement, and to bring psychological relief.