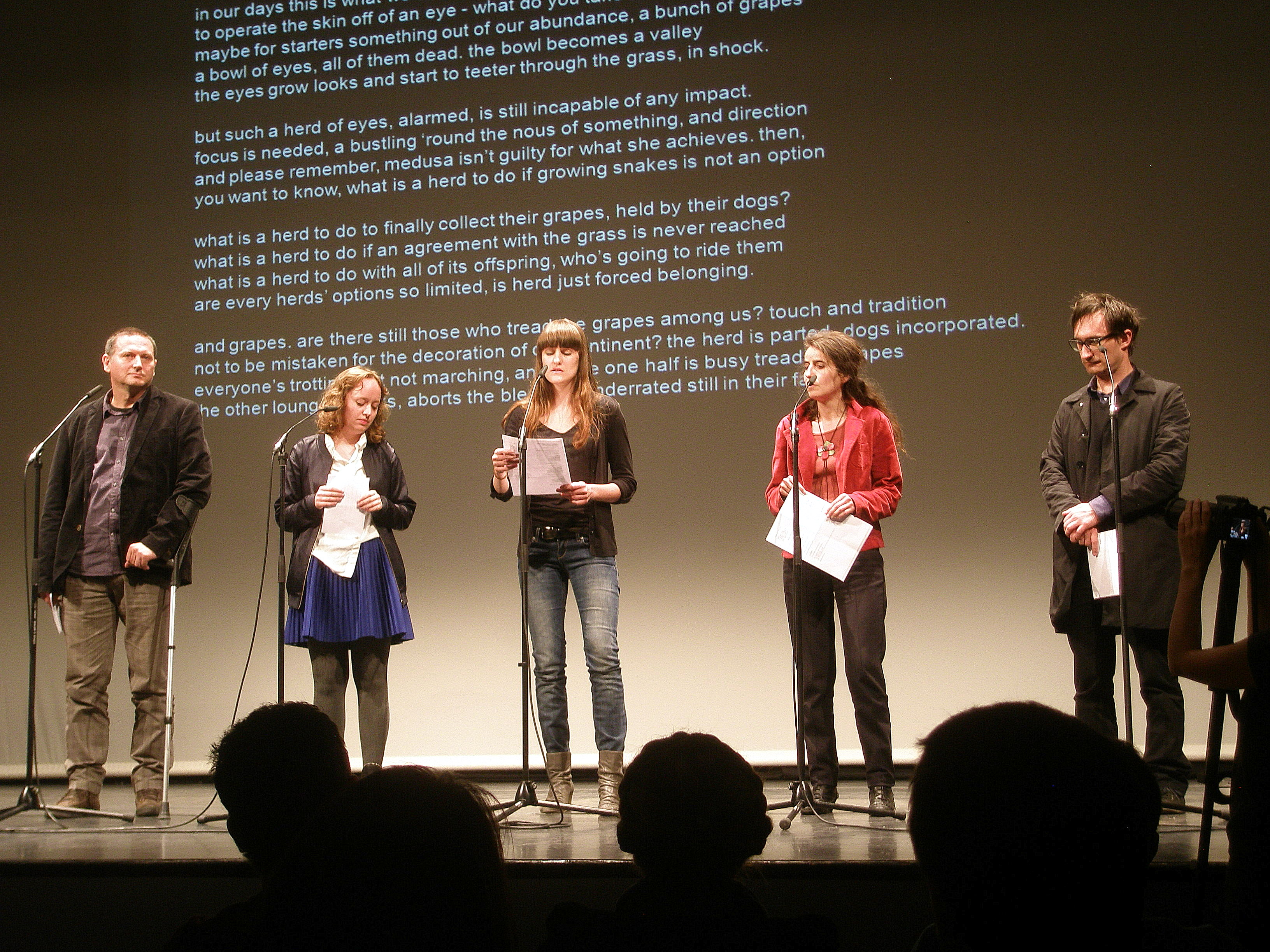 What is left of the idea of Europe – apart from political symbolism and the mighty laws of the market? Is there still such a thing as a European attitude to life, a cultural dialogue, or is all that overshadowed by the current crisis? For Berlin Posiefestival 2012, 28 young European poets wrote a renshi, a chain poem in which they address Europe’s present and future. The renshi.eu project was developed by Literaturwerkstatt in partnership with LAF and several other partners.
You can read the Renshi poems in the original and in translation as well as listen to the poets reading the poems on the Lyrikline website.