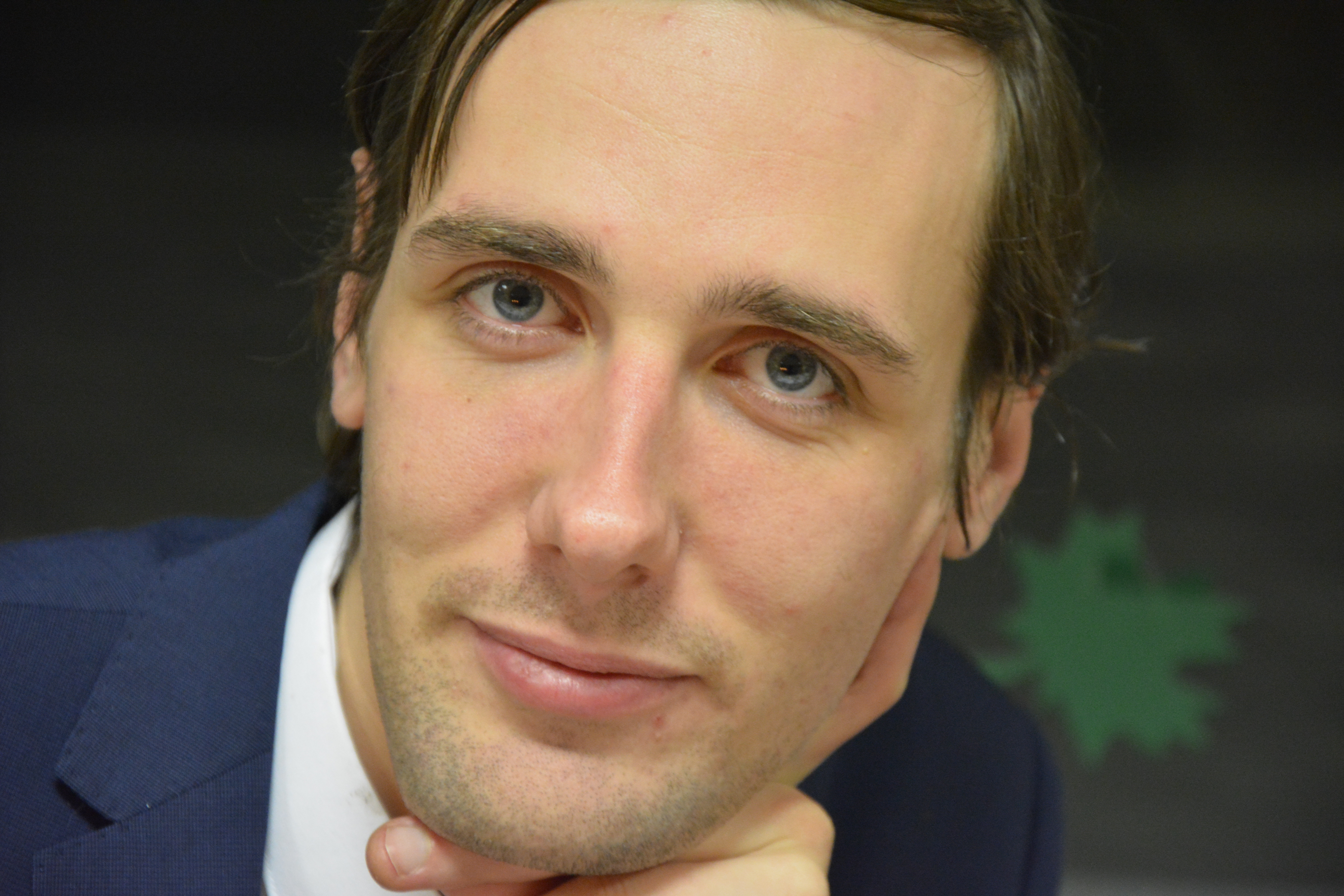 Arvis Viguls (1987) is a Latvian poet, literary critic and translator from English, Spanish, Russian and Serbo-Croatian. His first poetry collection Istaba (Room, 2009) received Annual Prize of Latvian Writers Union for the best debut and Poetry Days Prize as the best poetry book of the year. After his second critically acclaimed collection 5:00 (2012), he is now working on his third book Grāmata (Book), scheduled for 2017. His poems have been published in anthologies and literature magazines in more than fourteen languages.  His translations include poetry of J. Brodsky, F.G. Lorca, W. Whitman, W. B. Yeats, V. Popa and others. He has worked as the host of the literature programme on NABA radio.