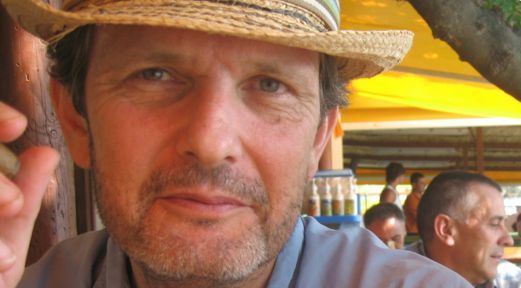 Richard Gwyn is a poet, novelist and translator. He grew up in Breconshire, Wales, and studied at the LSE and in countless bars, roadhouse cafés, dosshouses and A & E departments across Europe. Richard returned to his homeland with a different measure of sanity in 1990 and completed a PhD in Linguistics at Cardiff University, along with a Diploma in Translation (Spanish-English) from the Institute of Linguists. He is now Director of the MA in Creative Writing in the School of English, Communication and Philosophy at Cardiff. His books include six collections of poetry, the novels The Colour of a Dog Running Away and Deep Hanging Out, and a memoir, The Vagabond’s Breakfast, which won the Wales Book of the Year 2012 for creative non-fiction. He has been a co-leader on LAF workshops in Bratislava, Slovakia, and Gümüslük, Turkey. He specialises in the translation of poetry and short stories by Latin American writers. His most recent work of translation is A complicated mammal, selected poems of the Argentinian poet Joaquín O. Giannuzzi (CB Editions, 2012).