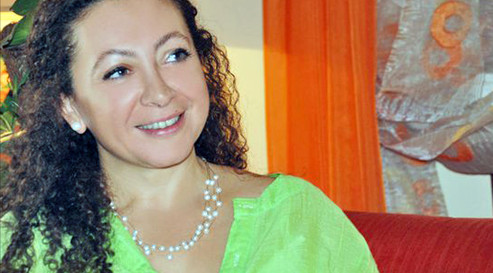 Sahar Elmougy is an Egyptian author and a lecturer of English at Cairo University. Writing from a feminist perspective, she articulates the conflict between the values of the West and traditional gender roles in the Middle East. She has published a collection of short stories and three novels, the most recent of which is Noon, named after the Arabic letter N. Taking in social issues in Egypt against the background of the global problems faced by Muslims in the time of 9/11 and Abu Ghraib, Noon is also notable for the high-profile media campaign (unprecedented in the Middle East) that accompanied its launch and the consequent selling-out of its first print run in the first week of sales; exposing the existence of a large Arabic reading population in Egypt and beyond.