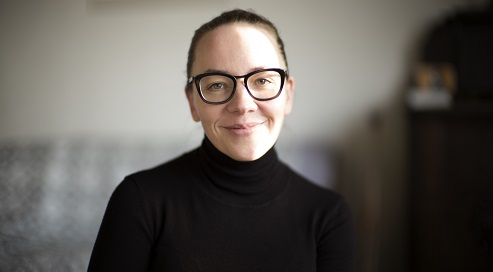 Bronka Nowicka (1974) was born in Radomsk, Poland. She is a film director, scriptwriter and poet. She graduated in Film Directing from the Film School in Łódź and in Painting from the Academy of Fine Arts in Kraków, where she is now a PhD student in the Multimedia Department. She frequently experiments with new media: for example, using tomographics and tomovideo (graphics and video prepared with the use of a tomograph and x-rays). Her first book Nakarmić kamień (To Feed a Stone, 2015), a collection of prose poetry, was awarded the Nike Literary Award, the most prestigious Polish literary prize, which had never before been awarded to a debut. Nowicka’s texts have been translated into English, German, Czech, Russian and Estonian and will be published in these languages in 2017.

Bronka Nowicka was selected as one of Literary Europe Live‘s New Voices from Europe 2017.