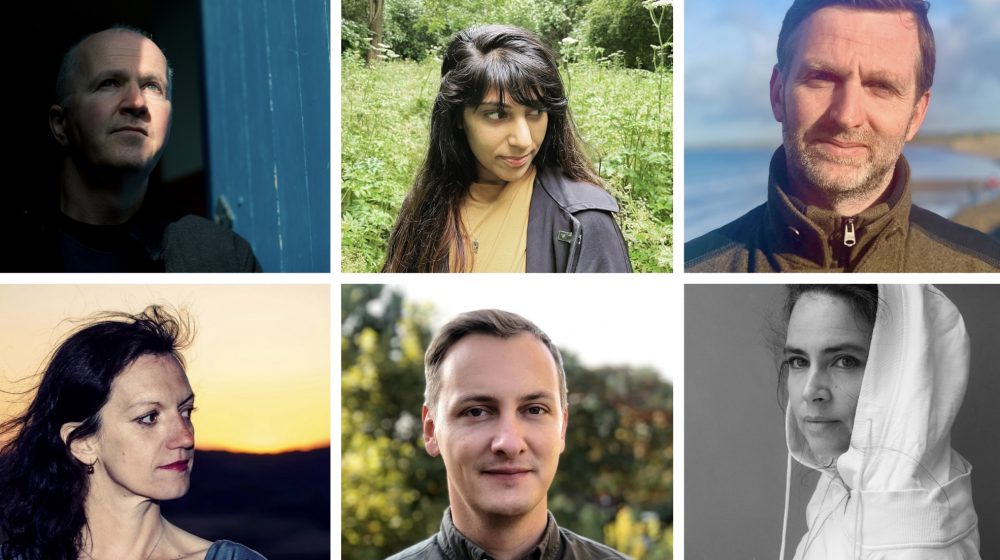 The year-long project brings together Czech and Scottish poets to explore each other’s work through translation and learn about the context in which each of them writes. The participants are Jitka Bret Srbová, Ondřej Lipár, Rob A. Mackenzie, Niall O’Gallagher, Alycia Pirmohamed and Olga Stehlíková, and the project is facilitated by LAF director Alexandra Büchler, herself a poetry translator and editor.

LAF developed its residential workshops in cooperation with the Scottish Poetry Library and the then director Robyn Marsack in the early 2000s to encourage closer connections between poets writing in less widely spoken languages. The very first workshop took place in Scotland and we are thrilled to be reconnecting with the Scottish poetry scene as we are preparing to celebrate the anniversary of what turned out to be an immensely popular activity with a far-reaching impact. Since then, we have organised more than a hundred workshops with partners across Europe and beyond, fostering lasting creative relationships and promoting the art of poetry translation. More information about our poetry translation workshops is available here.

The project consists of a series of virtual workshops followed by in-person encounters in the Czech Republic and Scotland, where the poets will showcase their work in poetry festivals in autumn 2022. Programme of the visits will be available on our Events page.

Jitka Bret Srbová (1976) is a poet and journalist. From 2006 to 2011 she was the editor-in-chief of the online literary almanac Wagon. She currently contributes to the fortnightly literary journal Tvar. She has published the poetry collections Někdo se loudá po psím (Someone is Hanging Around like a Dog, 2011), Světlo vprostřed těla (The Light in the Centre of the Body, 2013), Les (Forest, 2016) and Svět: (The World:, 2019). Her work has been translated into a number of European languages including a collection published in German. She is currently President of the Czech Writers’ Association and lives in Hořovice, a town half-way between Prague and Plzeň.

Ondřej Lipár is a poet, journalist, and photographer. He has published two books of poetry, Skořápky (Nutshells, 2004) and Komponent (Component, 2014). For more than a decade he has been cooperating with the leading Czech literary publisher Éditions Fra. He was chair of the Czech Writers’ Association between 2019 and 2021, and he currently works as Managing Editor of the Czech Vogue.

Rob A. Mackenzie is from Glasgow and lives in Leith. He is reviews editor for Magma Poetry magazine and has co-edited the magazine on four occasions. He runs literary publishing house, Blue Diode Press. He has had three full collections published, The Opposite of Cabbage (2009) The Good News (2013) and The Book of Revelation (2020), and two pamphlets, The Clown of Natural Sorrow (2005) and Fleck & the Bank (2012). His poems, reviews and articles have appeared in The Dark Horse, The Financial Times, The Guardian, Gutter, New Writing Scotland, Poetry London, Poetry Review, Shearsman and various other magazines and anthologies. His work has been featured three times in the Scottish Poetry Library’s annual list of 20 Best Scottish Poems .

Niall O’Gallagher is a Gaelic poet. He was born on the west coast of Scotland in 1981 and educated at the University of Glasgow. A BBC journalist, he has worked as a correspondent in Edinburgh and London and reported on European affairs for Eòrpa, From Our Own Correspondent and Our World. He is the author of three poetry collections with Clàr, most recently Fo Bhlàth (‘Flourishing’), shortlisted for the Derick Thomson Prize for Gaelic poetry book of the year in 2021. Often a love poet, his work is characterised by an interest in poetic form, whether the strict metres of formal Gaelic poetry or structures inherited from the European tradition. His poems have been translated into English, Irish, Occitan and Welsh. His Selected Poems, with facing English translations by Peter Mackay and Deborah Moffatt, are published by Francis Boutle of London in 2022. He lives in Ayrshire, Scotland, with his wife and their two children.

Alycia Pirmohamed is a Canadian-born poet living in Scotland. She is the author of the poetry chapbooks Hinge (ignitionpress) and Faces that Fled the Wind (BOAAT Press.) Second Memory, a creative non-fiction piece co-authored with Pratyusha, was co-published with Baseline Press (Canada) and Guillemot Press (UK). Alycia was the winner of the 2020 Pamet River Prize and her debut poetry collection, Another Way to Split Water was published in 2022 by YesYes Books (US) and Polygon Books (UK). Alycia is co-founder of the Scottish BAME Writers Network, co-organiser of the Ledbury Poetry Critics Programme, and a Junior Anniversary Fellow at IASH via the University of Edinburgh. In 2020, Alycia won the Edwin Morgan Poetry Award. Find her online at alycia-pirmohamed.com and on twitter @a_pirmohamed.

Olga Stehlíková works as a freelance writer, editor and critic with a focus on contemporary Czech literature. She has founded the Ravt on-line magazine (www.itvar.cz/ravt), she moderates literary programmes in Czech Broadcasting and works as book editor. She has put together dozens of books of poetry and prose for various Czech publishing houses and her poetry has appeared in many Czech and foreign literary magazines. Her debut collection Týdny (Weeks, 2014) won the Magnesia Litera Book Prize for poetry. Her second collection Vejce/Eggs (Couplets), was released in a unique arrangement in November 2017, along with an LP with Tomas Braun’s music. Her third book of poetry was Vykřičník jak stožár (Exclamation Mark High as a Pole, 2018). and her latest is Zpěv Sirén (Siren song, 2022). Her poems have been translated into ten languages.

The project is organised by Literature Across Frontiers and Culture Reset in cooperation with the following partners in Scotland: Push the Boat Out Festival in Edinburgh, Advanced Research Centre and School of Critical Studies at University of Glasgow, and the Mirrorball Showcase; and in Prague with Den Poezie / Poetry Day Festival, Václav Havel Library and Department of Anglophone Literatures and Cultures of the Faculty of Arts at Charles University.